The history behind our Italian Surnames

In ancient times, magical and sacred overtones were often the basis of a person’s name. The modern combination of a first name followed by a last name was established by the aristocrats in the Middle Ages and eventually filtered down to masses during the Renaissance. In 1593 the Council of Trento required parish priests to register parishioners by their first name (also referred to as Christian name) and last name in order to stop marriages between blood relatives.

The majority of Italian surnames derive from first names, originating from the name of the head of the household. The most common are Giovanni, Andrea, Anna and Rosa – with all their variant spellings. More than one third of Italian surnames are based on geographic locations – nations such as Bulgari, regions such as Lazio, cities such as Palermo, and places such as Della Casa.

Some surnames come from nicknames such as Grassi (big/fat), Gambacorta (shortleg), Gentile (gentle) or Forte (strong). Others derive from trades including Barbieri (barber), Pastore (shepherd) and Medici (physician). Occasionally, unusual circumstances gave away to surnames such as Fumagalli, meaning “smoked poultry”. Thieves used to fill the hen-house with smoke so that chickens would be silent while being stolen… If your name is Fumagalli, one of your ancestors may have been a chicken thief.

If your surname is Tripodi, your ancestors came from the region of Calabria and your surname is derived from the nickname tripodu, meaning “tripod”. The surname Amoroso originated in either Sicily or Puglia and derives from the adjective “loving or caring”. If the surname is Esposito, there is a good chance that your ancestor was from Naples. Originally a surname given to foundlings exposed in the streets or in front of churches, Esposito is today the number one surname in Naples and, in fact, the fourth most used surname in Italy after Rossi, Russo and Ferrari. 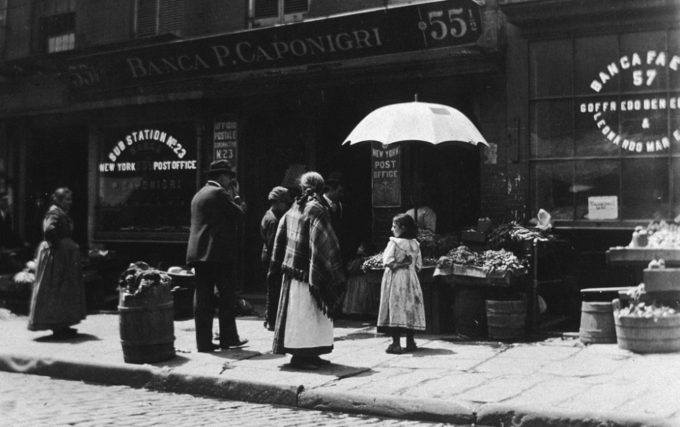 Changes in surnames have always occurred. Researching old records brings to light differences in spellings as names were translated from Latin to Italian and sometimes dialect. The latest changes happened during more recent migrations and many Italian surnames were adapted to the new environments. They were often translated into English, or “Americanized” which often involved shortening the name or dropping its final vowel.

If you wish to research your family history, you need to know the original spelling of your Italian surname. By researching local sources here in the U.S., you may find when and how your surname was changed. Census records, Naturalization records (in particular the “Petition” and “Declaration of Intention” forms), Ships’ Manifests, Social Security Death Index and vital records may list this information.

To determine all possible variations of a surname, use telephone directories (also available online) or mapping software programs that localize a surname and provide images of the regions, provinces or communes where people with that name reside today.

Our Surnames are part of our Italian Heritage and truly bind us to the culture, history and soul of Italy.

Get started with the research of your FAMILY HISTORY today!